Xylella fastidiosa is NOT in Australia, but as a result of the devastating impacts in a number of overseas countries, Australia is putting preparation at the top of the priority list for the potential arrival of this exotic plant bacteria. 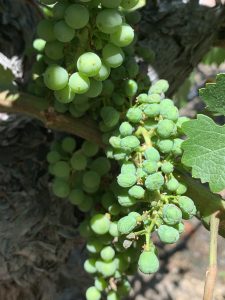 To safeguard the future of the Australian nursery industry and broader horticultural sectors, it’s vital that we work to build our nation’s capacity and diagnostic capabilities to better prepare and manage the threat of an outbreak of Xylella.

The most important aspect addressing the impact of Xylella, is to prevent it coming into Australia through our boarder surveillance and quarantine activities.  However, here is a snapshot of current initiatives in the nursery industry, as we work to prepare for the management and mitigation of Xylella if it does eventually arrive in Australia.

In a joint initiative earlier this year, Wine Australia and Hort Innovation, appointed Craig Elliott in the role of Xylella coordinator, as part of the Plant Biosecurity Research Initiative.

Since his appointment, Craig has been travelling across the country meeting growers, other members of potentially affected industries, government biosecurity officers, and an array of researchers to determine how Australia can best prepare for the threat of Xylella. Craig continues to advocate for enhanced biosecurity measures and improved traceability, to strengthen pre and post border systems.

Prevention of the entry of Xylella remains the priority, however the Xylella coordinator also plays a key role in improving communication amongst stakeholders, to foster greater information, resulting in a coordinated effort.

This ongoing project is a strategic levy investment of multiple Hort Innovation funds including the Nursery Fund.

A new project to update Australia’s diagnostic protocols and validate new diagnostic testing has recently been commissioned. This project will include an assessment of an in-field diagnostic kit, looking at speed of Xylella detection which is central to improving preparedness.

Nursery & Garden Industry Australia led the development of contingency plans for a potential outbreak of Xylella, and its key insect vector, the Glassy-winged sharpshooter.

These plans continue to be updated, as new information and knowledge is gained through research and the various initiatives; informing the design of response strategies for Australia’s nursery industry.

Bringing together regulators, scientists, growers and industry representatives, key recommendations from this exercise have been used to inform critical research such as the assessment of potential native vectors such as spittle bugs, to transmit Xylella and more.

NGIA has ranked Xylella fastidiosa as a high impact exotic plant pest that will have significant economic implications across many horticulture supply chains if left unchecked in Australia.

For more information on Xylella, please go to the Pest ID Tool (www.pestid.com.au) and/or look at the Contingency Plan at www.nurseryproductionfms.com.au

Note that the Pest ID tool is now available with free access to industry. An initiative of the Nursery Levy funded National Nursery Industry Biosecurity Program (NY15004) and ‘Building the resilience and on-farm biosecurity capacity of the Australian production nursery industry’ Project (NY15002).

« October Pest of the Month: Plum pox virus (PPV) » The search to incentivise the establishment and retention of trees on private land continues