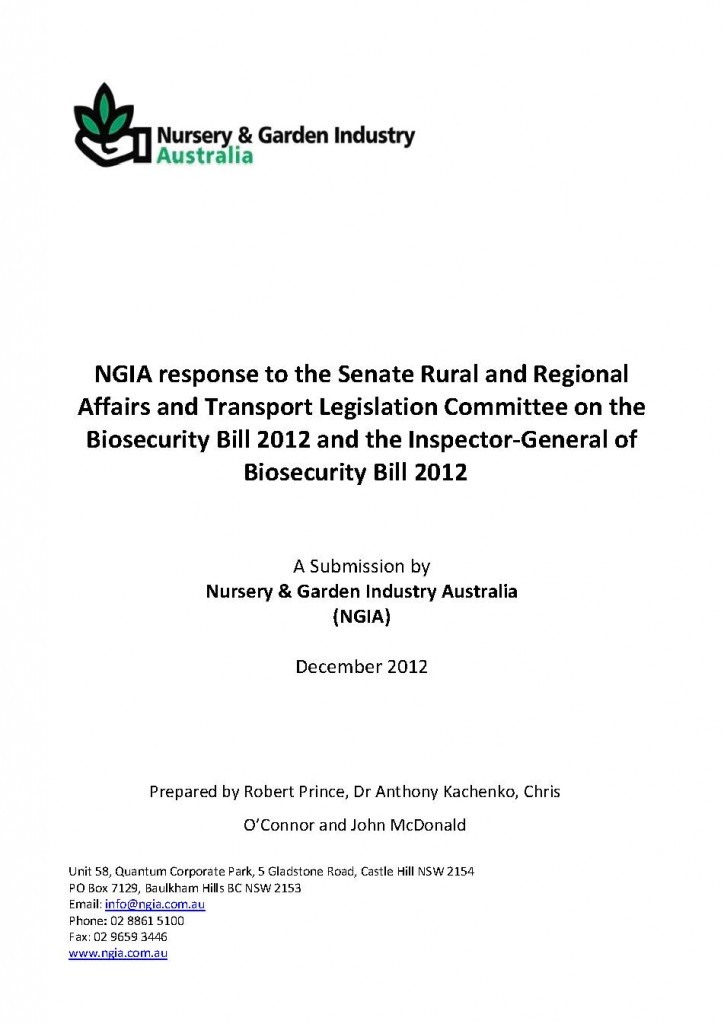 You may have wondered why the January Your Levy at Work Blog update email didn’t appear in your inbox on January 1. The reason for this was that the Blog had been ‘hacked’ over the Christmas/New Year period which prevented us from circulating the update email. Fortunately we have resolved this issue and the system is back on track.

Consequently, there are several important updates on industry activities that have been summarized into this post.

Late in 2012, NGIA participated in a non-government stakeholder consultation in Sydney to discuss changes to the Australian Government Cost Recovery Guidelines. NGIA raised several issues with regards to cost recovery including the desire for stakeholders to be informed about how costs are determined and how these translate into charges. NGIA also raised the need for actual expenses and revenues for cost recovery activities to be reported and compared against estimates in a transparent fashion. The issues raised and the suggestions that were provided to address these issues will be considered by the Australian Government and incorporated, where appropriate, in the revised Australian Government Cost Recovery Guidelines.

During 2013, NGIA will be working with industry to develop an Australian Standard for Growing Trees. The aim of the Standard is to lift the quality of trees produced in Australia to minimise the degree of failure of newly planted trees in landscape situations. A NGIA National Tree Standard Steering Committee (NNTSSC) has been formed to consolidate industry data and information to guide NGIA in developing the proposed Australian Standard. The NNTSSC will also communicate key outcomes of the development process to growers as required and will  also ‘advocate’ the proposed Australian Standard during its development. Membership of the NNTSSC includes the following nursery businesses:

Anthony Kachenko from NGIA will be coordinating this project on behalf of the industry and will provide regular updates to key growers who have previously expressed interest with the development of the standard.

If you would like and further information about these updates, please contact Anthony at NGIA on anthony.kachenko@ngia.com.au  or 02 8861 5106.