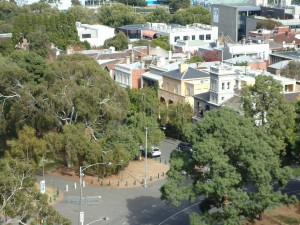 The project aims to inform government planning and policy formulation through a better understanding of Australian cities’ micro climates, by focusing on the Urban Heat Island (UHI) effect and the interplay between urban form, density, surfaces and ambient temperature. The project  will consider co-relations between urban morphology, density, surfaces, materials, vegetation and the urban energy balance (solar and anthropogenic) as key factors of the UHI effect and its impact on people’s use of public space.

Research will be carried out by a post-doctoral research fellow and PhD students through the CRC for Low Carbon Living. The project is led by Professor Steffen Lehmann (UniSA).

NGIA is represented on the project by Dr Anthony Kachenko through his involvement on a Project Steering Committee with the first meeting scheduled for 11 October at the University of South Australia. The project will run until 2016.