Know an unusual or forgotten plant species? We want you! 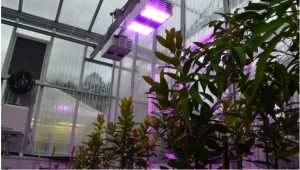 As we move around our cities it’s evident that our urban landscapes are increasingly being filled with many of the same plant species.

While plant selection is often influenced by multiple factors, ‘bullet proof’ plants are often used because they have performed consistently in the past. But past performance is no indicator of future performance. Water availability, extreme temperatures and disease all pose threats of failure, especially when only one or two species are planted in an urban green space.

The five-year project Which Plant Where? (GC15002), a strategic partnership initiative under the Hort Frontiers Green Cities Fund, is investigating how well current landscaping species will cope under the more extreme climates that Australia’s cities will face.

The project is examining opportunities for new species and varieties for the urban context – and growers are encouraged to contribute their thoughts on new, unusual or forgotten plant species that could be used in our Australian cities.

Suggestions are being taken for under-utilised species that could be used for:

The plant species submitted will undergo rigorous testing by researchers at Macquarie University and Western Sydney University to see how they perform under a variety of environmental factors.

Results will inform both growers and practitioners of their performance with the aim of increasing confidence to try new species in our urban areas.

Growers are encouraged to send through suggestions via this quick and easy online form.

For more information on the project or the species survey, please contact project lead Leigh Staas on leigh.staas@mq.edu.au