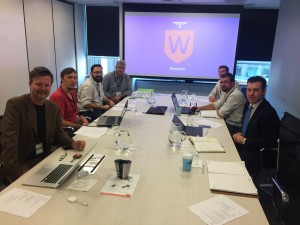 The industry’s concerns over root to shoot balance specifications in the Australian tree stock standard appear to be backed up by initial data being collected by researchers involved in the research project aimed at refining the standards to reflect real patterns of growth in live production systems.

The team from the Hawkesbury Institute of the Environment recently provided an update on progress to date to the steering committee, made up of grower and industry representatives.

The literature analysis phase of the project is exploring the implementation of similar standards in overseas countries, particularly Europe and the United States where there is extensive data on applying tree stock standards in field production settings.

The existing standards internationally are similar in many respects but differ in their implementation and in the range of tree species and types. They do, however, serve as a good comparison in informing the way that the project team proceeds with collecting data and applying it against quality standards.

The field survey phase started with visits to Alpine Nurseries at Dural.

This very early concept will be tested as data is collected at field sites but is consistent with some of the initial observations being made at the field sites.

Other highlights presented to the meeting included: