Update on the Development of the National Tree Stock Standard AS2303 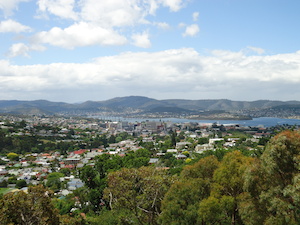 On 17 November 2013, the two month public consultation on the draft AS2303 Tree Stock for Landscape Use closed. Over 180 comments were received, ranging from ‘I fundamentally disagree with this Standard – The process of its inception, development and proposed implementation has not been inclusive’ through to ‘This document is a positive step for the industry and is a valuable tool’.

In early December, the Standards Australia Committee responsible for developing the draft (referred to as EV18) considered these comments and incorporated as much of the feedback, where possible, into a revised draft. Some of the key changes that were incorporated into the revised draft include:

It is envisaged that a second round of public consultation will begin on 9 February 2014 and end on 21 March 2014. If there is negligible feedback during this round of consultation, the draft will progress through to publication which is anticipated for June 2014. Anthony will be presenting on the tree standard at the 18 February 2014 Tree and Shrubbies Meeting at Mt William Advanced Tree Nursery and on 24 February 2014 at the Landscape Association NSW and ACT in Parramatta.

Presuming all things progress forward, NGIA will also look to develop some guidelines for tree growers to sit alongside the Standard. NGIA is also looking to develop an independent auditing module in relation to point seven above. Contact Anthony Kachenko for further updates on the development of AS2303 Tree Stock for Landscape Use on anthony.kachenko@ngia.com.au or 02 8861 5106.