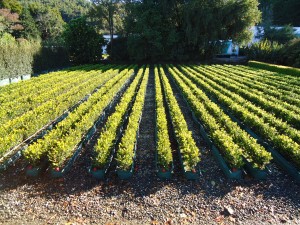 Over the past 12 months, Nursery & Garden Industry Australia (NGIA) and Nursery & Garden Industry New Zealand (NGINZ) have been in discussions regarding the opportunity for the New Zealand production nursery industry to adopt the Nursery Production Farm Management System (NPFMS). These discussions commenced after NGIA and NGINZ signed a memorandum of understanding (MoU) at the 2012 NGINZ National Conference to work closer together. More details on the MoU can be read in an earlier post.

The Executive of NGIA and NGINZ recently executed a non-exclusive licence agreement which entitles NGINZ to operate the NPFMS in New Zealand. The licence covers the legalities in this arrangement and covers the Nursery Industry Accreditation Scheme, Australia (NIASA) and EcoHort components of the NPFMS. The non-exclusive licence agreement was developed through full consultation with the Australian National Accreditation and Certification Committee and relevant parties.

New Zealand production nurseries, growing media suppliers and greenlife markets are eligible for NIASA accreditation or EcoHort certification should they meet the required criteria following third party audits undertaken as stipulated in the non-exclusive licence agreement. The agreement spans three years and will cease in July 2016. This development is an exciting opportunity for the Australian nursery industry and all those involved in the NIASA and EcoHort programs as it reaffirms the value of these programs which are now considered ‘world’s best practice’.