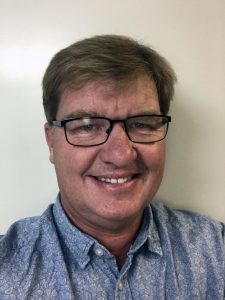 Nursery & Garden Industry Australia (NGIA) has recently appointed Mr. Stephan (Steve) Blyth as the Biosecurity Certification Officer under the National nursery industry biosecurity program (NY15004).  Steve has tertiary qualifications in horticulture, conservation and land management as well as being a qualified ChemCert trainer and Lead Auditor. This is complimented by his genuine business experience in nursery production.

The role of the Biosecurity Certification Officer is to provide implementation and certification services to production nurseries working under the BioSecure HACCP Program plus contribute to other project themes such as biosecurity preparedness and awareness.  Furthermore, the position will have a role in linking to the Western Australian government’s tomato potato psyllid Transition to Management program through linking to the Nursery Production Farm Management System. Steve will be based in Perth, Western Australia, with the aim of working with growers in the key production areas across Western Australia and the Northern Territory.

Steve has extensive experience in the horticulture industry at a technical and business level through his time as a TAFE lecturer and in owning his WA based production nursery for the past 20 years.  Blyth Tree Farm Nursery was started in 1978 by his parents. Steve took over the running of the facility and grew the business to produce approx. 2 million seedlings per year with a selection of over 360 Australian native species.  Steve has a strong knowledge of the Nursery Production FMS as the business had NIASA Accreditation and was EcoHort Certified before selling the facility earlier in 2017.

Steve has a strong desire to see the Nursery Production FMS program succeed in Western Australia and the Northern Territory and wants to use his sound knowledge of the industry, his ability to effectively communicate/ connect with growers and the passion he has for business improvement to drive his engagement with industry.

Steve officially started with NGIA on the 4 December 2017, however many in WA and the NT will know Steve as he has been completing their 2017 NIASA/EcoHort audits over the past 3 months since September 2017.