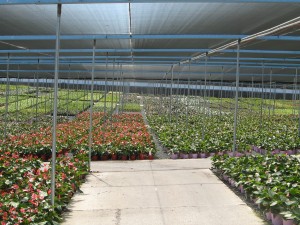 A survey of eligible production nurseries has found that nearly half are interested in taking the next step and becoming certified under the industry-specific on-farm biosecurity program, BioSecure HACCP.

BioSecure HACCP is the first industry developed, governed and administrated on-farm biosecurity program that is legally recognised for market access in Australia, and possibly the world.

All Australian State and Territory governments have signed off on a three-year trial which uses certification based on BioSecure HACCP to allow in-house staff to inspect and approve plant material for interstate trade, rather than having government inspectors visit the production nursery.

The next stage of the National Nursery Industry Biosecurity Program will be following up a portion of production nurseries that have demonstrated an interest in BioSecure HACCP, to gain an insight into how growers source biosecurity information, implement on-farm biosecurity systems and procedures, and record biosecurity activity.