‘Where should all the trees go?’ report now available 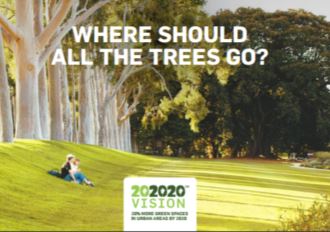 Scientists have answered the question, ‘Where should all the trees go?’ through a study that investigated vegetation change across major Australian metropolitan areas and locations with abnormally high heat, socio-economic disadvantage and health concerns.

Commissioned by Hort Innovation and led by RMIT University, the study involved the use of high-resolution aerial imagery and heat, health, age-risk and canopy data to formulate an index for each Local Government Area.

As a key stakeholder and provider of green life, the study is a useful resource for nurseries to better understand canopy, shrub and hard surface cover across their respective local areas, and to provide evidence-backed recommendations to customers about which plants, where.

Overall, the study found that greening had decreased by 2.6 percent across Australia. Two consistent trends for tree canopy cover and total vegetation change also emerged. Between 2009 and 2016, the nation experienced significant canopy cover loss, and this was largely offset by gains in shrub cover (or saplings) during the same period, representing a natural interchange between the canopy movement and shrubs.

The urban heat island effect was estimated by measuring the difference in temperature between an urban and a corresponding non-urban area. Land surface temperature estimates were produced from satellite data that passed over each location approximately every two weeks during October 2015 and April 2016.

A liveability index was then created using data such as canopy percentage versus hotspot percentage, and 2011 ABS data including the Self-Assessed Health Age Standardisation Rates and Socio-Economic Indexes for Areas.

Access the Where Should All The Trees Go report here.